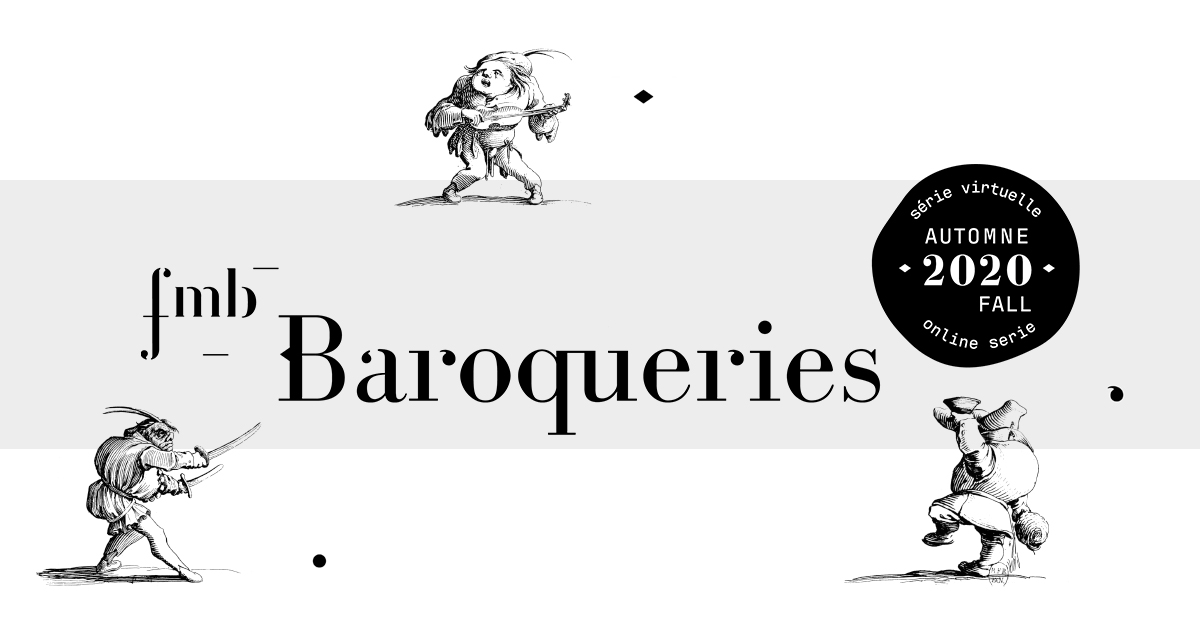 Following our successful summer virtual edition, we are flying a new Festival flag in the cool of Autumn! LES BAROQUERIES will reveal performer's passions in a video series by Montreal musicians as well as cameo concerts offered online for free throughout the harvest season on the website.

Festival Montréal Baroque will present a series of short videos by eight, well known, Baroque musicians revealing the subjects about which they are passionate such as Baroque biscuits or the mysteries of mouthpieces!

Eleven Concerts cameos will transport you through time and space while in the comfort of your home. Enjoy performances recorded on the canals of Bruges, in a 17th century Parisian palace, music from Persia and India and from the transformative time of the plague.